Finally. After months of speculation and a new greatest hits compilation released, iconic rock band The Rolling Stones have announced that they will play two shows in London next month, to mark their fiftieth anniversary as a band.

MusicFeeds broke the news recently, after the band tweeted pictures of their gear earlier today and a facebook status last month, reminiscing on the London O2 arena gig in 2007, which marked their last gig as a band up until now. 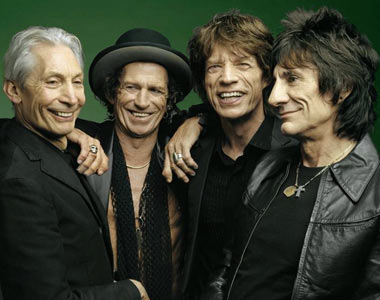 In other rumor mills, some experts are picking that they’ll be playing Glastonbury 2013 in what could be it’s biggest year yet. If this is the case, there’ll be a lot of sore Stones fans after that event sold out in record time.

For me, it’s even a wonder the band can stand up on their own two legs, let alone play instruments, after fifty years having a reputation that precedes them as a legendary, rock band.

Now obviously for Australian fans this doesn’t mean a great deal yet, unless you’re loaded. Tickets for the shows go on sale this Friday, October 19.

Hopefully, this is a precursor to a world tour announcement, featuring us.

← Winter People – A Year At Sea
Daughn Gibson – All Hell →

Error: Twitter did not respond. Please wait a few minutes and refresh this page.